Galactic Civilizations II: Dread Lords is the sequel to the award winning PC strategy game, Galactic Civilizations. Galactic Civilizations is a space-based strategy game set in the 23rd century in which players take on the role of leader of a space-faring civilization. Through military might, diplomatic skill, technological superiority, or cultural supremacy, players attempt to dominate the galaxy against up to 10 opponents. This sequel is a complete overhaul of the game that includes an extremely sophisticated visual ship design feature, fleet battles, planetary management, civilization manager, advanced diplomacy, and much more all encapsulated in a state of the art 3D engine.Galactic Civilizations II: Dread Lords will run on Windows 98, ME, 2000, XP, and Windows Vista. A bonus pack has been released which added several new custom maps, scenarios, starship components, full-screen video tutorial support, AI tweaks, and much more. 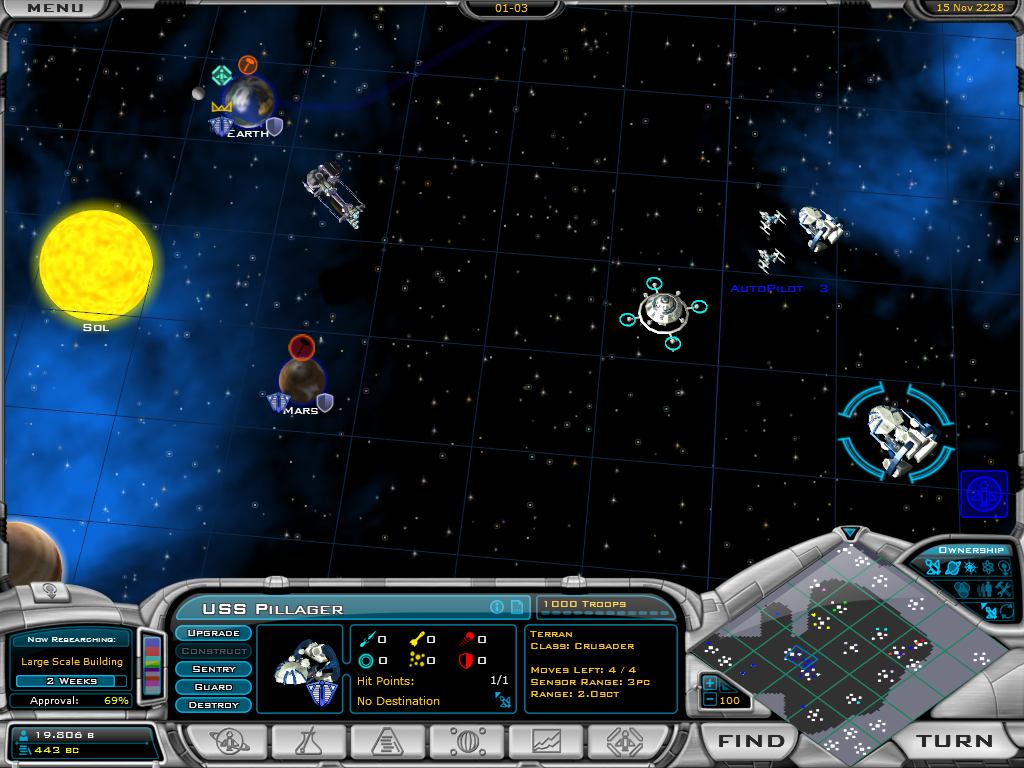 Supernova combines chess with shoot'em up. Choose your side: the evil Red Legion or the mystic Blue Army? Every side has 10 unique ships, each ship has up to 3 different types of fire for a total of 26 different weapons!
Downloads: 76827 - Shareware - Download Now

Force your opponent to be unable to move
Downloads: 112007 - Freeware - Download Now

You think you can beat the computer easily in a tic tac toe game? We`ll see.
Downloads: 110684 - Freeware - Download Now