The EMLX converter is one of the smartest software that can convert the EMLX file(s) into multiple file formats. The software can store the entire messages as per their dates in which they were built. The convert EMLX to PST facility permits its users to store their EMLX files into multiple file formats or in their desired format such as MBOX, PST, PDF, TXT, HTML, MHT, and so on. The software can also import the EMLX files into Gmail, Outlook, IMAP, Yahoo, etc. The EMLX Convert also provides the conversion of multiple EMLX files/folders at the same time. The software maintains the email structure intact. This software is compatible with the entire versions of Windows OS. The EMLX to PST Converter software also provides the free or the demo version by which users can store 25 emails per folder for free. 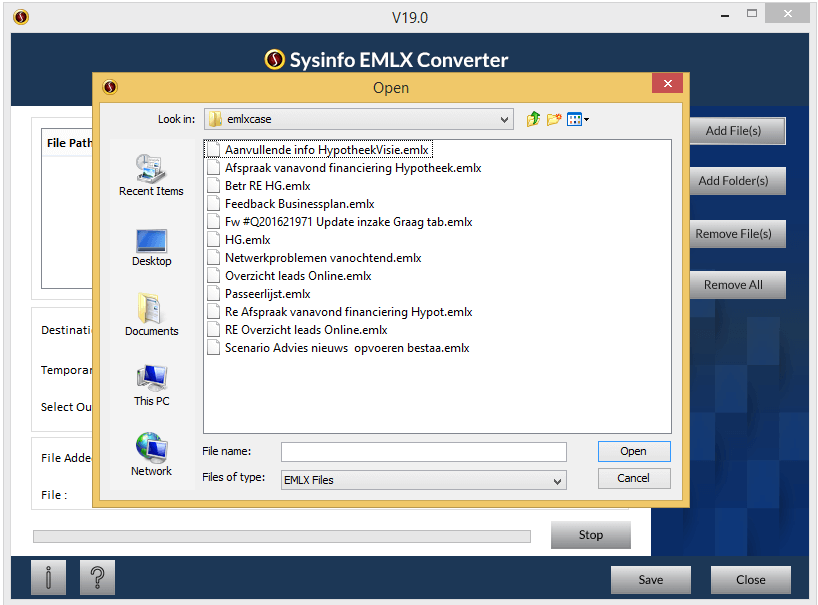 If you have multiple corrupt PST files and you want to repair them in one go, download the free demo version of Advanced Outlook Recovery software
Downloads: 66600 - Shareware - Download Now

ACAT Pro is an advanced file cataloging utility. It can be a real lifesaver for anyone who doesn\'t store data in one place. Why look through each data CD to find a file you need? Use ACAT Pro to catalog its contents. It\'s 100% FREE to try!
Downloads: 107067 - Shareware - Download Now