The best founded cost effective and time efficient tool to backup AOL mail on Mac OS X is the Mac AOL Backup Tool. The software safely and securely backs up all the email folders in AOL mail on Mac to various popular file formats such as PST, EML, EMLX, MBOX, MSG. The application can also backup emails from two other mailing domains which uses AOL services and they are @verizon.net and @aim.com. Mac AOL Backup tool provides various features which attract the users toward it. The main features included in Mac AOL backup are Archive Mac AOL emails, Apply Emails and Email folder Filters, Naming Convention option, Incremental backup, Removing interruption, and much more. The software provides an option of Delete after Download which automatically deletes emails from AOL mail account that are backed up to the system. Mac AOL backup provides facility for user to choose the email folders that are needed to be included in case of few AOL mail backup and also, to specify the emails to be backed up through date range filter using From and To date fields. For the file formats creating single email files for each AOL email, the users are provided function to control them through Naming Conventions. An Intelligent work done by the tool is to skip the emails that has been previously backed up. This function is only available if the previous backup is taken from this software. The tool during the backup process provides function to pause and resume the backup process to remove the interruption time. After backup the application creates a CSV file of the conversion summary for its future analysis. Mac AOL Backup tool works on all the latest versions of Mac OS X. 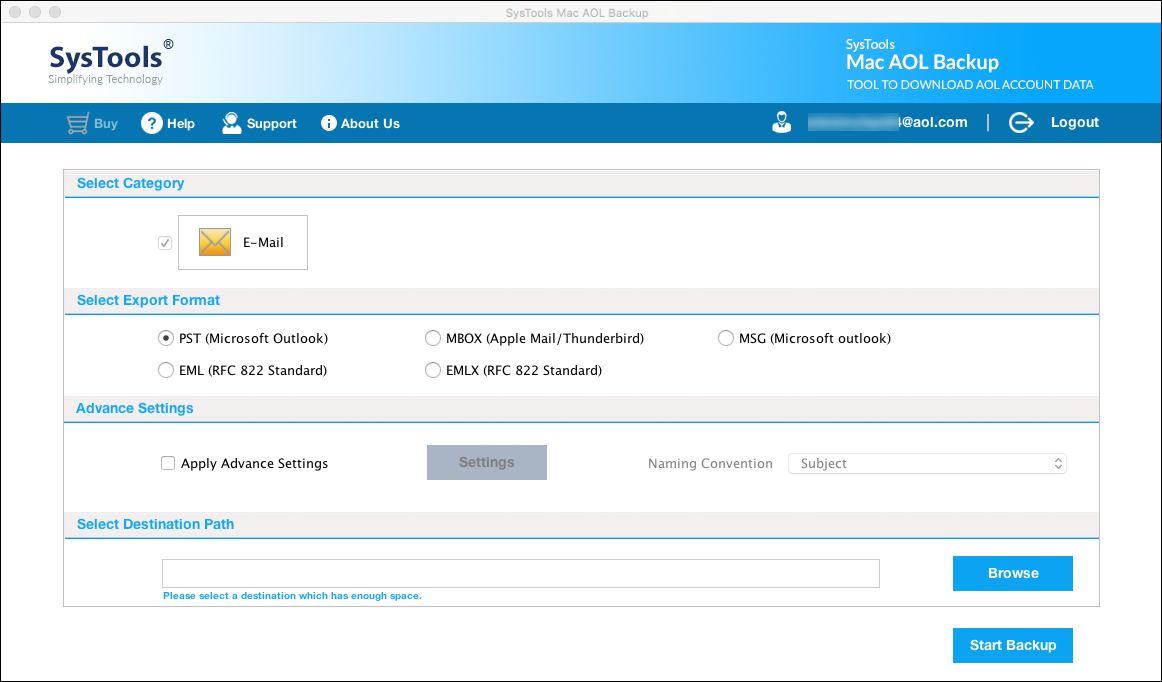 When you want to repair corrupt Backup files, get BUFF Repair Software to open and view the original contents of BKF file which is simply recover, repair and restore corrupt backup files.
Downloads: 83276 - Shareware - Download Now