ABC-Update is a FreeWare tool from ABC-Deploy.It can be used as a standalone tool, or in conjunction with software distribution tools like ABC-Deploy, MS SCCM and others.ABC-Update.exe have both a GUI and a command line version that sets you in control of MS Update operations.With ABC-Update you get the updates exactly when you want them, and can also define max reboots, use filtering options to select updates based on patch dates, KB Articles and update categories.You are in control. No more waiting for Automatic updates.Pick targets from AD and push updatesThis gap between what Microsoft is offering out of the box, and what many admins really wants is what the ABC-Update tool is made to fill. 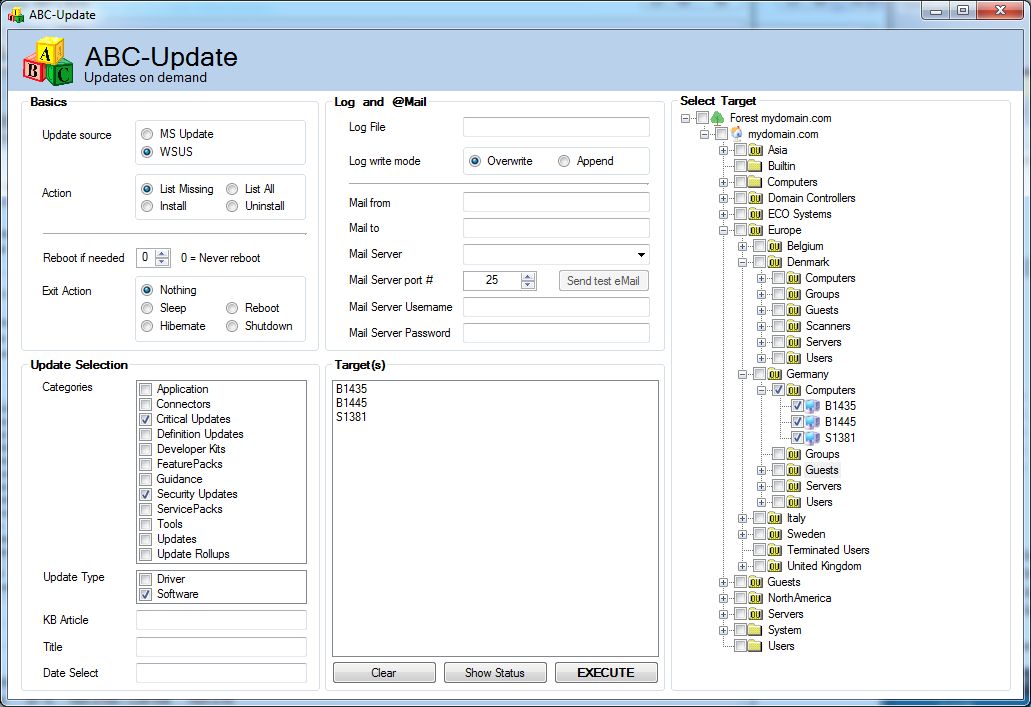 Automatically move mouse, pause and click at specified locations on your screen. The software is set up to loop and do your list of actions over and over again so you do not need to be at your computer.
Downloads: 68703 - Shareware - Download Now

Create macros working in any Windows application and trigger them using hot-key or text shortcut, from custom toolbar, by defined mouse action or schedule to run the macro at defined time or when specific event occurs. Macro recoder is included!
Downloads: 102287 - Freeware - Download Now