CacheGuard provides a firewall, an antivirus, a forwarding and reverse proxy cache, a web traffic compressor, a URL guarding facility, a Web application load balancer, a WAF (Web Application Firewall), a traffic shaper, a traffic logger and much more. Integrating CacheGuard into your networks is completely transparent for end users and Web applications.At the heart of CacheGuard there is CacheGuard-OS. To install CacheGuard-OS you need a dedicated hardware or virtual machine. Almost all hardware and virtualization systems in the market such as Dell, HP, IBM, VMware, Hyper-V, Proxmox Linux KVM and VirtualBox are supported.CacheGuard-OS is based on a hardened Linux system built from scratch (with LFS) and integrates Netfilter, IProute2, Squid, SquidGuard, Apache, modSecurity, ClamAV and many other open source technologies interfaced together as a whole to allow an easy and straightforward configuration process using a CLI (Command Line Interface) and a Web GUI. 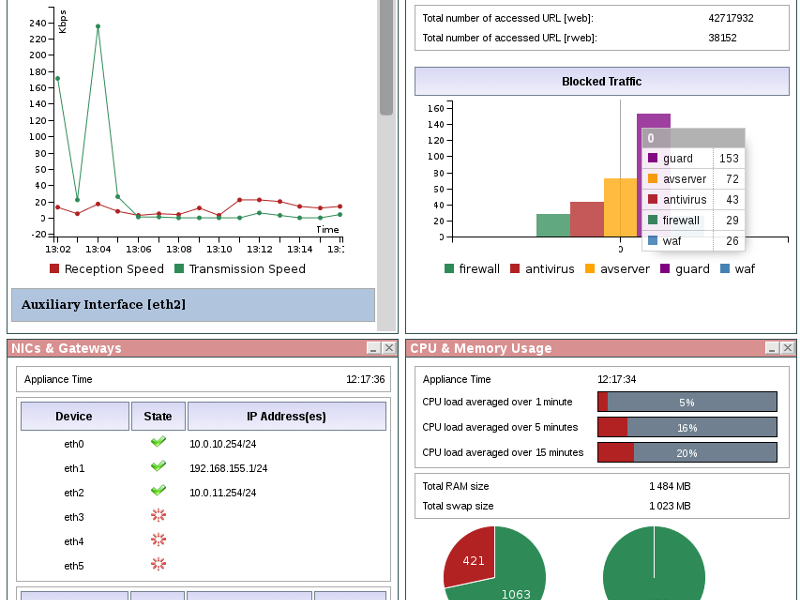 A free multithreaded IP, SNMP and NetBIOS scanner. Both system administrators and general users can use this software. It pings computers, scans for listening TCP ports and displays which types of resources are shared on a network (including system and hi
Downloads: 57698 - Freeware - Download Now

Stealth Website Logger is an invisible, easy to use surveillance application that monitors and records all websites visited by a user or computer.
Downloads: 86671 - Shareware - Download Now

Keylogger Spy Monitor spy software can secretly record all keystrokes typed on your PC. It runs invisibly. You can check logging reports by simply receiving emails or opening a web page. Set hotkey and protect it by password.
Downloads: 68153 - Shareware - Download Now