Auto Accept Reject Changes tool can accept&reject track changes in word files. The tool has the capacity to process thousands of word files in one time. It serves most accurate results in the quickest span of time. It is a user-friendly tool which totally follows the command of the user. When the user selects Accept Changes the tool accepts all the editing done in the files while the track change option is on. But when the user selects Reject Changes the tool rejects any change made in the files. The track changes can be set-off after accepting or rejecting track changes in files. While working with this tool there are nil chances of losing data in word files. It supports functioning in all formats of word files like .doc, .dot, .docx, .dotx, .docm, .dotm, etc. The tool is made flexible enough to work in all versions of MS word i.e. 2013, 2010, 2007&2003, 97Now let us see the handling part of Auto Accept Reject Changes tool. This is the easiest software to operate for changing of tracks in word files. There are generally three steps that have to be followed by the user to accomplish the work. The first one is to choose and dump the files in which user needs to do track changes. If he wants to dump whole folder full of word files then he can do that too. In the second step, the user has to whether he wants to Accept Changes or Reject Changes according to his needs. The third step is to click on Start to begin the process. Now if the user has to save the files then he can go to option Open Target Folder and assign a folder where the files will be saved. So you can see that the whole task is done within three steps and in few minutes.The tool Auto Accept Reject Changes also gives choice to save the files to whichever folder you want. The tool is made flexible enough to work in all versions of MS word i.e. 2013, 2010, 2007&2003. It is the best software to accept&reject changes in word files. 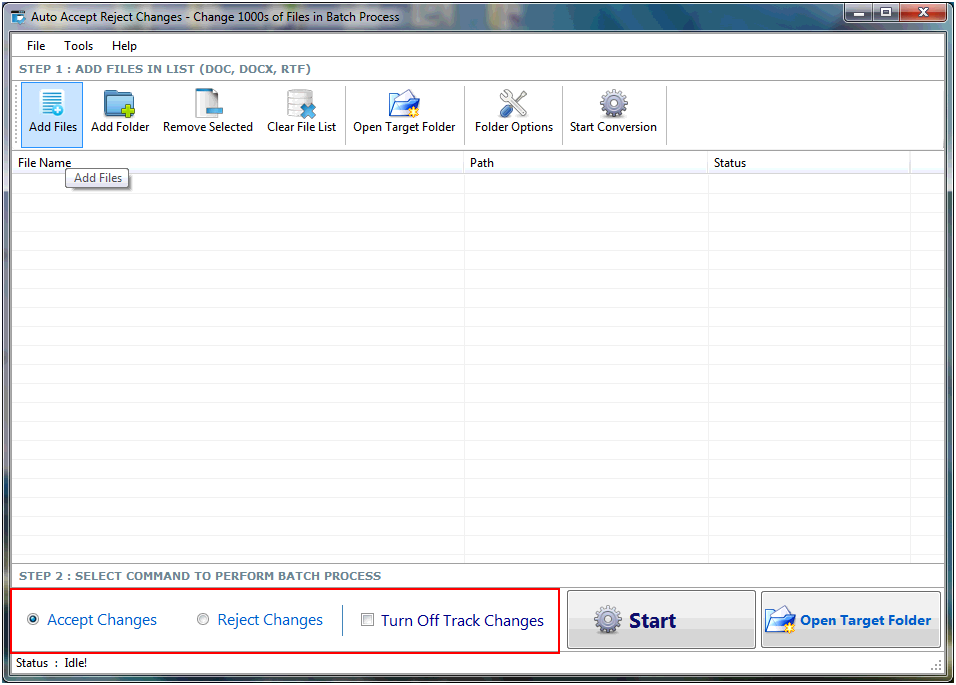 Now Accept&Reject track changes in word files with the assistance of Auto Accept Reject Changes tool. The tool supports all formats of word files. It is very accurate&fast and can work on Multiple word files in a batch.Support for Doc, Docx etc
Downloads: 70719 - Shareware - Download Now

Call Accounting Mate is an industrial strength, fast and reliable call accounting software that can be used in institutions such as offices, hospitals, universities, and organizations that need to allocate telecom costs to individuals or departments.
Downloads: 91447 - Shareware - Download Now