This is the fastest game of artillery you will ever play. Pocket Tanks is streamlined to be easy to learn and fun for all ages. All the excitement of lobbing projectiles over a mound of dirt without all the complicated details found in most artillery games. Select your angle, power, and fire over 30 distinct weapons at your opponent. Games are won based on points for good aiming and is lighthearted fun. There is an innovative Weapon Shop to keep the game moving fast and a Target Practice mode for experimenting with all the weapons no holds barred. 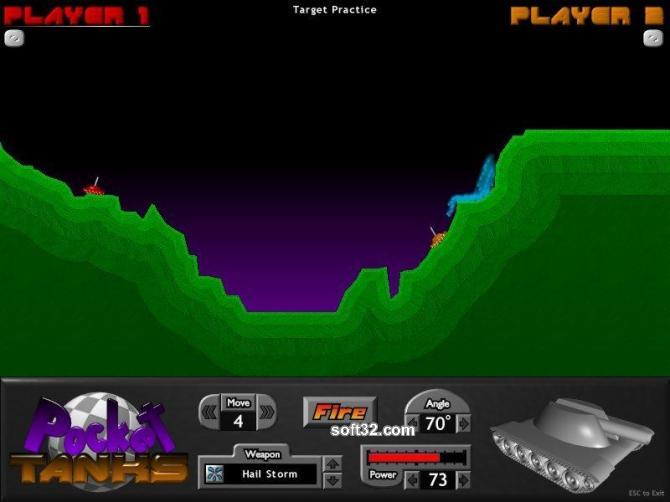 What happens when there is no more land left, and the humans who survived the catastrophe band together into pirate gangs to kill each other? Can an honest captain with his frigate stay alive in this dangerous place? When will the madness stop?
Downloads: 62692 - Shareware - Download Now

Mother Of All Battles is a strategy game for 2 to 6 human or computer players. The object of the game is to capture the world starting from your single home city.
Downloads: 99555 - Shareware - Download Now

Play the ancient game Mancala with another player over the internet.
Downloads: 47376 - Freeware - Download Now