Leawo Blu-ray to iPad Converter is a simple yet comprehensive software on the market today which is within reach for anyone who hopes to take advantage of it. It is specially designed for ripping blu-ray discs to different HD and popular common video formats such as M2TS, AVI, MP4, WMV, FLV, MPEG, MOV, MKV, RMVB, etc. At the same time, it is packed with many carefully chosen features for meeting with the users\' individual requirements seamlessly. For example, by using this handy Blu-ray Ripper, users can tackle the blu-ray DVDs into customized ones by cropping, trimming, watermarking and so on. In addition, this Blu-ray to iPad Converter supports Blu-ray discs with the latest MKB level of AACS and BD+ protection, which means it can decrypt any Blu-ray DVD movies on market so far.More suprisingly, this smart tool can rip Blu-ray movies as long as needed which means that users do not have to worry about the operating duration. All the above features more or less make this software stands out from the crowd of fellow products, but as a customer-centered smart tool it always in pursuit of perfection. After the upgrading, the program stability has been greatly improved in disc reading, disc ripping, previewing, playing, editing and converting, thus to provide a more fluent and stable Blu-ray ripping experience. Also, the upgraded version makes quick response to Blu-ray disc processing and ensures stable continual conversion. Key Features of Leawo Blu-ray to iPad Converter 1.Rip Blu-ray / DVD movie to popular formats 2.Decrypt Blu-ray DVD with the latest MKB, AACS and BD+ protection 3.Output Blu-ray movie to various devices 4.Advanced video/audio synchronization technology 5.Append crisp effects to enhance media experience 6.Rip Blu-ray movie as long as needed 7.Make Blu-ray movie fit for 4:3 or 16:9 displays 8.Overlay Blu-ray movie with different styles of watermarks 9.Seamless merge selected Blu-ray titles and chapters 10.Convert 2D to 3D movie 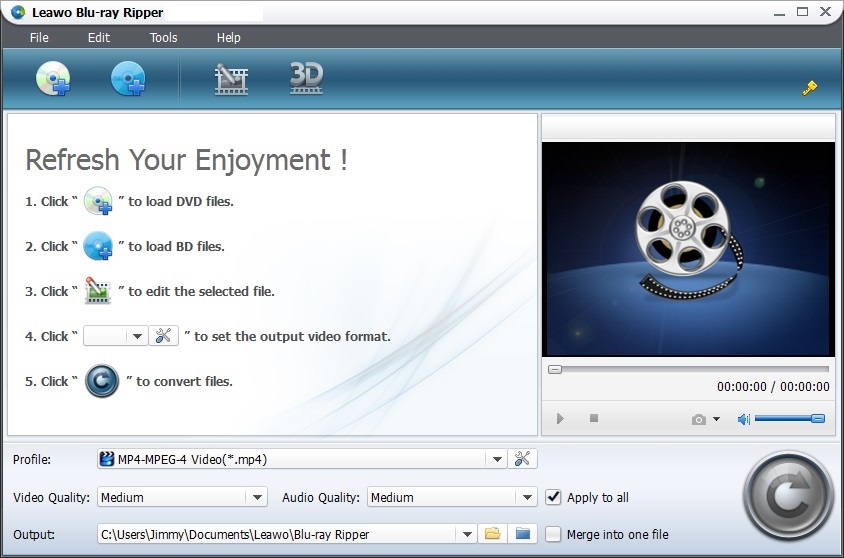 Aiseesoft Flip Converter for Mac is the best Mac Flip Converter which is newly-designed for Flip users to convert Flip HD video/video to mainstream video and audio formats on Mac, like convert Flip video to WMV on Mac.
Downloads: 84073 - Shareware - Download Now