Above! Above! And above! Do not stop, not in front of anything! Pretty simple, but no less interesting platformer, in which the main goal is to jump up as high as you can. The higher you reach, the more points you earn. Since there is an opportunity to record your scores online, you may compete with your friends! 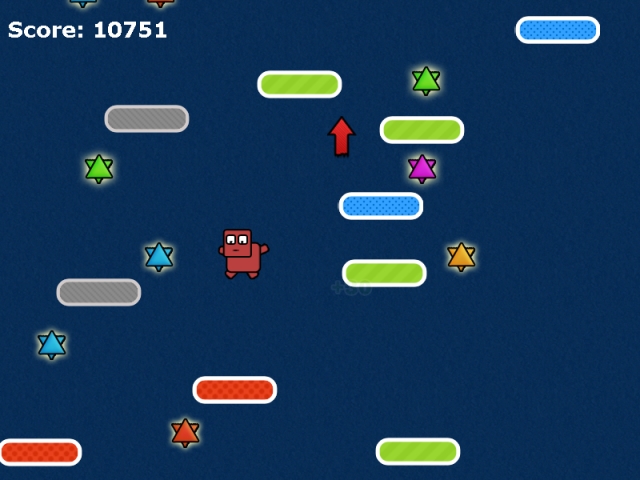 Guide your orange ball to win the territory! Cutting off the part of the field with a line, you repaint it. You should be attentive and avoid collision with the ball that ruins your lines and prevents you from cutting the field. Free to play!
Downloads: 62093 - Freeware - Download Now

Retro Power Pack is a compilation of four exceptional Classic Arcade games. These four top quality games cover all the major genres of the 80's video games: shooting at banks of aliens, shooting missiles as they stream down the screen and more...
Downloads: 93894 - Shareware - Download Now

Battle Boattle 2.5 is one of a kind naval shooter that is absolutely insane. Crazy boats, mad opponents, wild bonuses and kooky missions. The game is so fast-paced and tough it\'s going to drive you nuts. Still, it\'s the best naval game of 2003!
Downloads: 101473 - Shareware - Download Now

It's Christmas Eve, and Santa Claus is getting ready for his deliveries. But this year, a sleigh accident will scatter thousands of presents over the landscape, forcing Santa into a race against time to deliver them in time for Christmas morning!
Downloads: 87497 - Freeware - Download Now