Doremisoft HD Video Converter is for Mac also an excellent Mac audio converter, it can convert all sorts of popular audio formats such as MP3, WAV, AAC, AC3, AMR, MP2, FLAC, OGG and AIFF to M4A, MKA, AIFF, FLAC, MP2, AMR, AC3, AAC, WAV and MP3, so you can play your music on different players. With Doremisoft HD Video Converter for Mac, you can also convert video to audio and extract audio tracks from your favorite video files.

If you want to make easy editing to your video files, you won\'t need an extra application, because Doremisoft HD Video Converter for Mac and do it perfectly. This application allows you to edit HD video on Mac by cropping HD video to remove unwanted sides or area, trimming HD video length to capture clips from your HD video files, editing video effects such as brightness and contrast, applying special effects such as embossment, old film and gray. 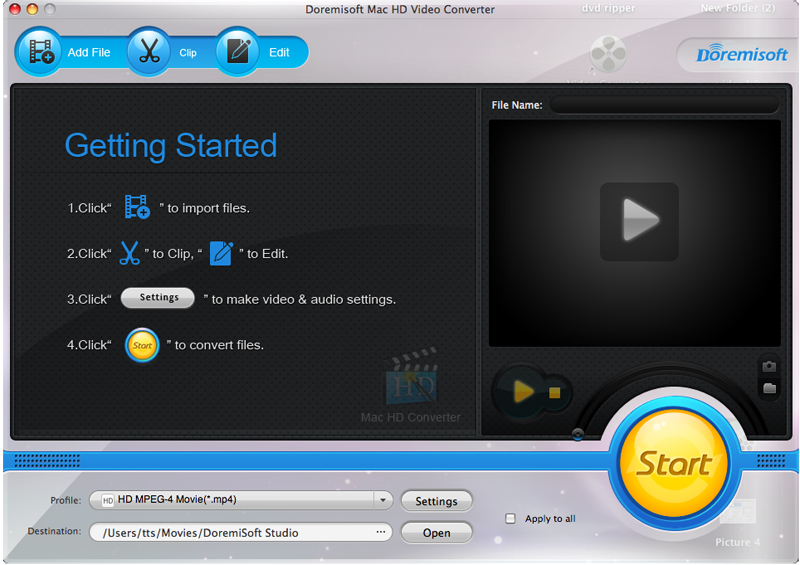 You are allowed to convert any videos to the iPhone MP4, MOV and M4V with the help of 4Videosoft iPhone Video Converter. It provides you with the powerful editing functions so that you can get a better video.
Downloads: 70234 - Shareware - Download Now