AnyMP4 DVD to iPad Converter for Mac, the professional DVD to iPad converting software, can help you convert
all kinds of DVD movies to iPad H.264, MPEG-4, MP4 and MOV videos. Also, it has the function of extracting
audios from DVD with excellent quality. Besides, you can customize the video with the powerful editing functions
of this software according to your needs. 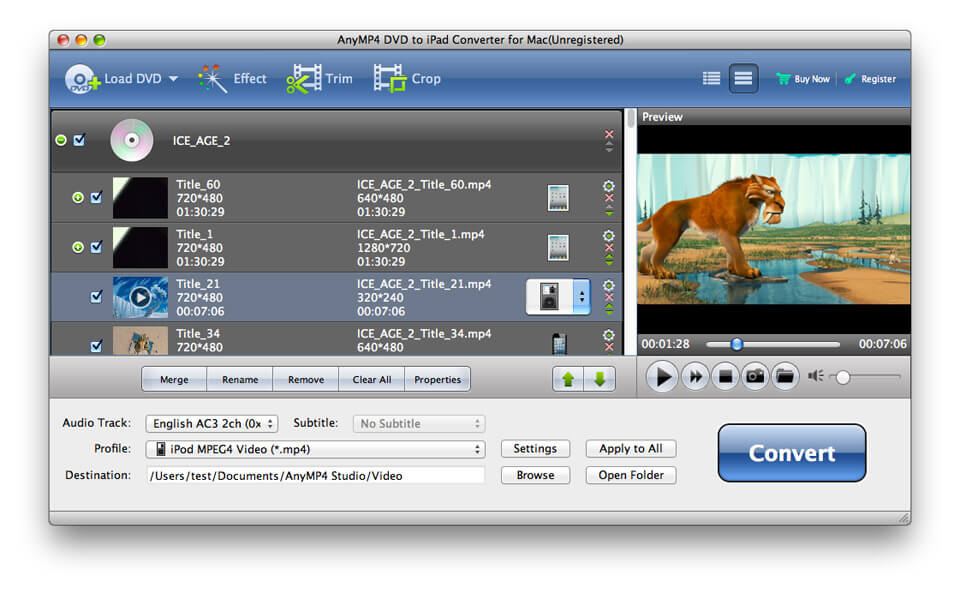 Icecream Media Converter handles video to video, audio to audio and video to audio conversion to and from multiple formats. The program features batch conversion mode, adjustable output quality and ability to convert files by format and by device.
Downloads: 93006 - Freeware - Download Now

Leawo Free MKV to 3GP Converter is a totally free video to 3GP converter that can easily convert video to 3GP and 3G2 video and into popular audio file to play video on cell phones, such as MKV to 3GP, WMV to 3GP, MP4 to 3GP, MKV to 3G2, etc.
Downloads: 53776 - Freeware - Download Now